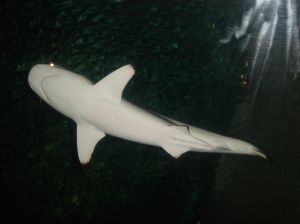 Wow. This hit and it hit HARD. By now most of you are familiar with the idea that a person going by the name Richard Ridyard submitted a plagiarized version of Stephen King’s “The Boogeyman” in to the magazine that I work for, Shock Totem. We immediately contacted Mr. King’s people and got the ball rolling. Then I found the post by Angel saying that the same thing was happening to up-and-coming writers, and that’s when we really started to scream. Like I was just telling somebody, stealing from the Master of Horror was despicable, but it doesn’t really have anything to do with the rest of us. Stealing from burgeoning writers is vile, but most likely nothing will ever come of it. But when the same person steals from everybody across the board, that’s when people begin to pay attention. We’re certainly focused on this issue now.

I am pleased and gratified by the public reaction. There is genuine outrage. There is solidarity, support for those whose work have been swiped, and sympathy for the publishers who have inadvertently published these plagiarized pieces.  We have vowed to be vigilant.

The world of literature is a tough field. It’s also a small field, and we need to stick together. We’re feeling that desire now. Threaten one of us and you threaten all of us. Threaten a handful of us, and feel the sharp sting of our virtual pitchforks and fiery digital justice.

At this point, many of Richard Ridyard/R. M. Valentine’s stories have been pulled down. I’d like to encourage publishers to keep a hold of his work and information in case it is necessary for future investigation. I’m being told that several people have his stories currently in their slushpiles. Also, he isn’t only targeting horror magazines, but is exploiting different genres as well. Sending King’s “The Boogeyman” to a professional horror market was stupid, yes, because it was immediately identified. But he was also sending it to fantasy markets as well. Be loud. Let people know. Apparently this “author” doesn’t discriminate based on genre. He steals from us all.

Ken Wood, the editor of Shock Totem was reading through Ridyard’s pieces, and he came across a particularly striking closing line. In fact, that line was so striking that he remembered it from when he had first read the piece…written by Aaron Polson.  Hmm, why does that name sound so familiar?  It’s because he’s a fellow blogger.  We read and comment on each other’s posts all of the time.  A link to his site is found at the bottom of this blog.  Imagine my distress at having to email Aaron and let him know that his piece had been plagiarized, too.  It can’t hit much closer to home.  Stop by his blog and hear what he has to say about it.  He shows much more restraint under duress than I believe that I would.

We ranted behind the scenes of Shock Totem for quite a long time, and then we decided to open the forums up for comment.  If you’d like to take part in this discussion, stop by and join us.  Although it is all right to be angry, please be appropriate.  Focus your anger where it belongs: on Ridyard/Valentine.  The link to that particular discussion is here. And, as always, feel free to discuss it in the comments section here, as well. My mind is still blown. Audacity, thy name is…well, actually we have no idea what they real name is. Fail.

11 thoughts on “Plagiarism Ticks Us Right Off. Obviously.”