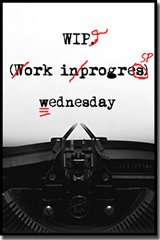 Thank you guys so much for your help with the writing playlist.  It is coming along swimmingly!  After The 69 Eyes was mentioned three times yesterday, I finally looked some of their stuff up, and wow.  I want to hug this playlist to my heart for ever and ever.  Keep it coming!

Still hard (ish) at work on the NaNoWriMo novel.  You will see by my NaNo Stats Graph that my word count has picked up.  I write quickly when I have the time and concentration.  Hence my being several days behind, but I’m not going to give up because I’m not a quitter.  Lately my novel has veered off into a new and interesting direction that, frankly, is leaving me a bit baffled.  What on earth does my subconscious have planned?  I’m not entirely sure, but I’ve learned to trust it.  Letting go of the reins tends to make for a stronger story.

Good news!  So do you guys remember my story “Ephemerality” that I wrote based on a picture by Chris Howard?  I was thrilled that Mr. Howard enjoyed my story enough to send me the image.  Which is even more gorgeous when you hold it in your hands.  I’m hoping to frame it this week, possibly along with the story.  Thanks, Chris!  You and your pretty handwriting have a great day!

Also, Shroud put up it’s TOC for The Terror of Miskatonic Falls anthology.  There are a few familiar names, but it’s mostly A Book of Strangers. (Which I thought would be an awesome story title, but it’s already taken.  Snap!)   I’m excited to read their work.