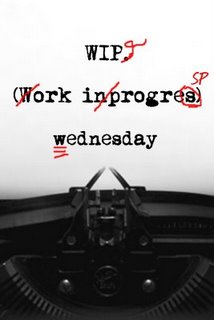 It has been forever since I’ve done one of these! But not only is Work in Progress Wednesday useful to let you guys know what I’m up to, but it also reminds me. My head is like a huge tornado with things flying around it all of the time, like flowers, bits of houses, and happy cows. Sometimes I need to write it all out so I can concentrate. 🙂

I just: signed a couple of contracts. One for a podcast, a breast cancer charity anthology, a dark fiction anthology, a re-release (but with a new story from me), and another re-release. So that’s three reprints and two new stories. I’ll share as soon as everything is announced. 🙂

I was a guest judge for a short story contest and a poetry contest. I also submitted two new stories to super cool venues.

I am actively working on: a short story/novelette called “Last One Awake” that I started a few years ago. It gnaws at me. I’m also writing three short stories for three anthology invitations, and working on a Super Sekrit and AWESOME project that’s out of my normal wheelhouse. I am so excited and nervous and sure I’m doing everything wrong! But I want to do everything. I want to learn how to do it all. Baby steps, yeah?

What are you working on? I’d love to hear about your WIP!